Here is a scene applying some of the techniques I've learned over the past twenty-four hours or so. I'm still trying to get the hang of understanding how it works and a workflow that feels right. After watching a few videos on Skillshare, YouTube and Lynda.com, I made this scene and am relatively happy with how it came out. 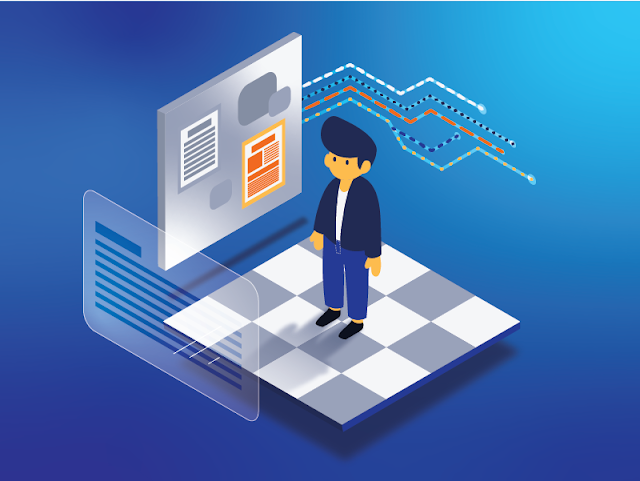 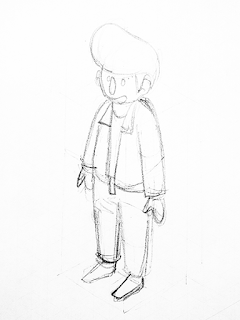 It started with a sketch on paper (something I don't do often at all these days, as I am all about tablets), using an isometric grid I printed out. I chose paper just for kicks to see what happened. Amusingly, I once again became acutely aware of my muscle memory when I attempted to use tablet gesture controls to "zoom in" on details! Similar quirks used to occur after erasing on my tablet and attempting to "brush away" the non-existent eraser debris. Pretty sure I'm not the only one who does these things.

But I digress... I photographed the sketch on my iPhone in the Adobe Lightroom app and edited it to my preference. Then it uploaded to Creative Cloud and I was able to download and open it in Adobe Illustrator on my computer.

From there it was a creative free-for-all, since I had no plan except to try and create an isometric character.

Little did I know that some old construction techniques one of my animation teachers taught me all those years ago would come in so handy. By drawing a rectangular prism on the template, I was able to construct a character in almost the correct proportions.

It was a fun exercise using actions I created (thanks to a tutorial by Von Glitschka on Lynda.com) to speed up the workflow, as well as a bunch of other techniques using opacity masks and gradients that I acquired through YouTube.

There's certainly an improvement since the first time I ever tried such an illustration a couple of years ago. At that time I didn't know about the rules and guidelines for creating isometric artwork and I just winged it. I am going to attempt to recreate that illustration with my newfound knowlege. Keep watching for updates on that in the near future.
- August 31, 2019 No comments:

Hi, I'm Amanda, I'm an illustrator and motion designer. Currently I am working part time as freelancer and studying a Bachelor of Design at SAE Brisbane.
This blog is a collection of sketches, thoughts, experiences, reviews and experiments from my creative journey.